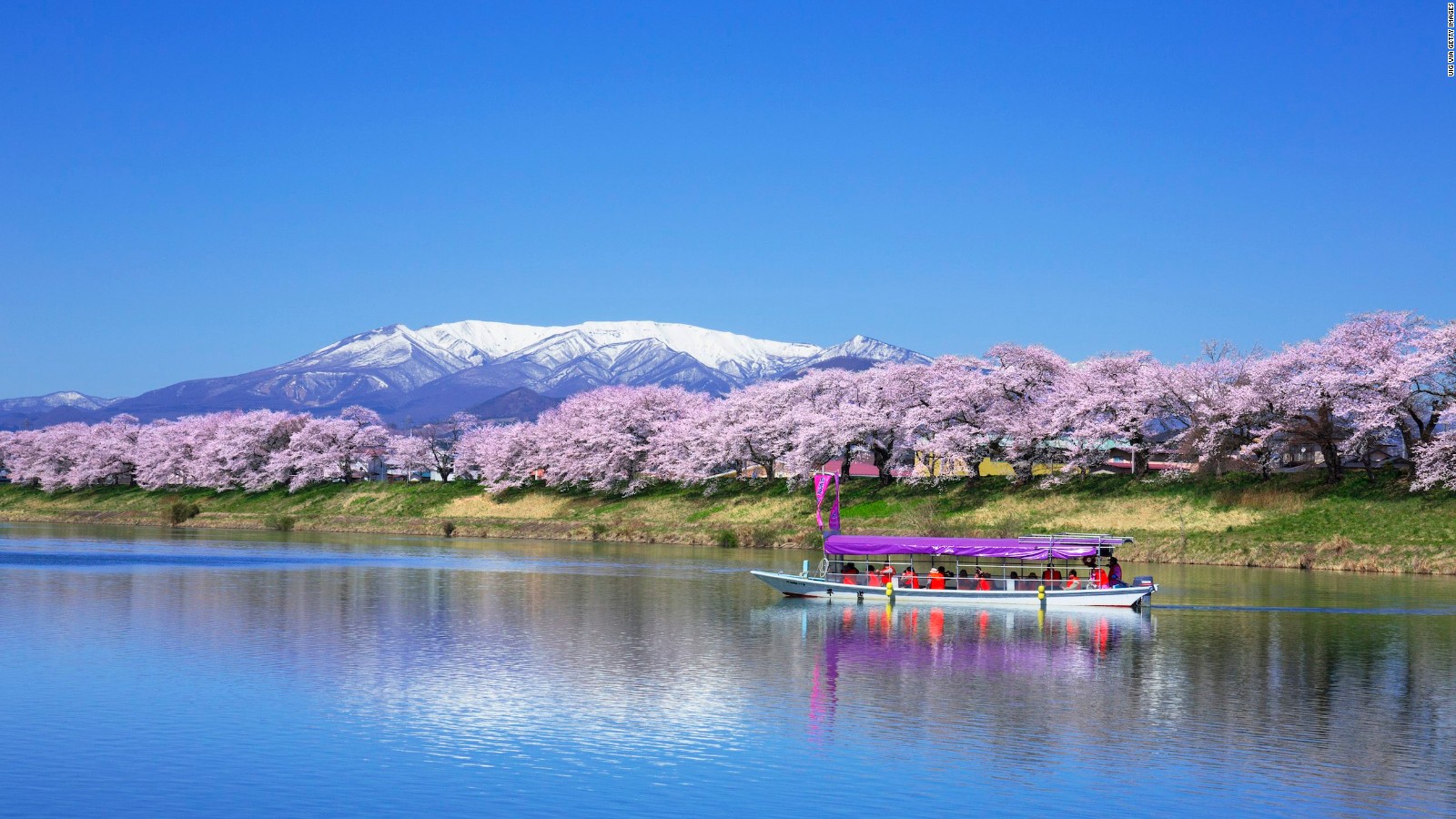 Tōhoku is the name for the northernmost 6 prefectures of Japan’s main island, Honshū: Akita, Aomori, Fukushima, Iwate, Miyagi, and Yamagata. It is a region renowned for its natural beauty and rural charm, consisting of hills, mountains, forests, farmland and rugged coastlines.

Because of its northern location, visitors should be aware that Tōhoku is colder than the rest of Japan. This means that although it is less humid here, you should bring a coat and umbrella with you as the climate here can be compared to that of the UK or Ireland. However, do not let the weather distract you from the many hidden gems this region has to offer.

With the Japan Rail Pass, you can take the Tohoku Shinkansen line that connects Tokyo with Aomori, north of Honshu Island, passing through Fukushima, Sendai and Morioka. Let’s start our journey around Tohoku!

Tōhoku is home to several national parks. Towada-Hachimantai in the north of the region is home to several landmarks such as the Hakkōda Mountains, Tamagawa Onsen, and the Oirase River. Oirase River – famous for the sound of its flowing waters – features waterfalls and gorges along its course from the placid waters of Lake Towada to the western coast.

This area is therefore very good for hikers and extremely photogenic, with many amazing sights to see. The hot springs at Tamagawa are unique in both their high acidity and mineral deposits which are claimed to have health benefits. Because of the acidity, you should use the diluted pools if you have sensitive skin or unhealed wounds.

Another national park – Sanriku Fukkō – extends along the Sanriku coast on the west of Tōhoku. The rocky coastline, intricate inlets and pebble beaches create a beautiful landscape where the land of Japan meets the vast Pacific Ocean. Jōdogahama along Miyako Bay is possibly the highlight of the coastline, consisting of pine trees, a white pebble beach and ragged stone towers just off into the water. Ocean lovers will adore the pristine waters here and beachgoers will find plenty of opportunities to relax amongst or take photographs of the amazing natural beauty around them.

Tōhoku is also home to many animals. The Akita Inu is named for its prefecture of origin and is an important symbol of loyalty in Japan through the famous Akita dog, Hachikō. Red foxes are also associated with the region – Miyagi Zao is a rural village in Miyagi Prefecture renowned for its huge colony of foxes.

Tōhoku, like the rest of Japan, has plenty of shrines to explore. A renowned example is Ōsaki Hachimangū in Sendai, Tōhoku’s main city, which boasts intricate design alongside great significance for local Shinto practitioners. Built in the 17th century, this shrine is dedicated to Hachiman, the Shinto god of war who is said to be the protector of the city of Sendai. It is highly representative of religious architecture during the late Sengoku Period and is designated as a National Treasure.

Dewa Sanzan in Yamagata Prefecture is a complex of 3 sacred mountains, each hosting a Shinto shrine. Visiting these shrines is a common pilgrimage for practitioners of Shugendo Shinto, as well as a breathtaking experience for hikers. Visitors must be respectful as these shrines hold much religious significance. The Yamagata Shinkansen line offers you a quick and easy journey between Tokyo and Yamagata Prefecture. With your Japan Rail Pass, you’ll be able to move freely through it.

There are also many museums in Tōhoku, a lot of them in Sendai. The Zuihōden mausoleum features a collection of historical artefacts alongside the intricate architecture of the resting places of the heads of the Date clan. Chiteinomori Museum features the remains of an ancient, petrified forest. It also features exhibits of Stone Age era artifacts and tools for those who are fans of ancient history. Sendai also hosts a few art museums, including the Miyagi Art Museum, The Kamei Collection Museum and the Kaleidoscope Museum.

There are some local dishes which are best enjoyed in Tōhoku, even if some are popular across Japan. Kitakata-style ramen, named for the city in Fukushima Prefecture where it originates, consists of extra-thick noodles in a delicious pork-based broth. In Kitakata, you can find the highest concentration of ramen shops in the entire country relative to the local population. Another popular dish, especially in the Sendai area where it originated, is gyūtan. As the name – cow tongue in English – implies, this consists of thinly sliced and grilled cow tongues, usually served with rice and bok choy. In Sendai alone there are over 100 restaurants specialising in gyūtan.

Aomori Prefecture offers a delicious regional variant of the iconic rice bowl, the maguro-don. This rice bowl is topped with fresh bluefin tuna sashimi, known for its rich flavour. Since bluefin tuna is a regular catch on Aomori’s shores during the second half of the year, you can usually find this premium fish sold fresh at a surprisingly low price.

Having Fun in Tōhoku

Sendai, the largest city in Tōhoku, is full of interesting things to see and do. As well as the shrine and museums previously mentioned, there are many restaurants, bars and parks in this city. However, Sendai is not the only city in the region.

Aomori City has plenty of fun things to do: whether you enjoy browsing farmers and craft markets (A-Factory), cable car riding your way up mountains (Hakkoda Ropeway), or exploring history (Sannai-Maruyama Ruins). Fukushima City also has many interesting things to see and do: Hanamiyama Park is perfect for hanami and romantic walks, Fukushima Race Course hosts many performance events as well as racing, and Rien no Rose Garden which is full of beautiful rose bush topiaries. To go from Tokyo to Fukushima with the Japan Rail Pass you must board the Yamabiko train of the Tohoku line.

There are also many tours and events across the region which you can sign up for and enjoy. Examples of places you can be shown around include Kesennuma Fish Market in Miyagi Prefecture, the Yamadera Buddhist temple in Yamagata, and Miyagi Zao Fox Village. There are also sky watching events hosted at the Tanesashi Coast in Hachinohe, Aomori. Participants get to watch the stars with glasses of wine and the sound of the waves for a reasonable entry fee. Another popular kind of tour in the region, especially for more active tourists, are cycling tours of particularly scenic areas.

While many tourists are pulled to the eclectic charm of Tokyo or the traditional vibes of Kyoto, the Tōhoku region is not to be overlooked. It offers culture, adventure and delicious fresh food all under the backdrop of rugged, rural beauty.