The main cities of Japan 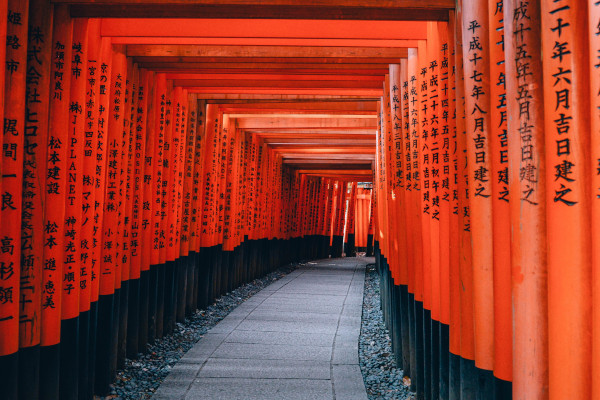 The main cities of Japan

Japan, one of the most populated countries in the world. Its 127 million inhabitants are divided into eight regions that divide the country from north to south. But what are your main cities? There is no doubt that Tokyo and Kyoto will be on that list but the reality is that there are others equally relevant.

Its population exceeds thirty-five million inhabitants. It is the political center and the place where different universities, commercial establishments, financial institutions and corporate establishments are concentrated.

At the international level it is the most captivating city: neons, videogame rooms, karaokes, temples and palaces make it a very special place.

The most beautiful city in Japan and also the old capital of the country. It was until 1868 when Emperor Meiji moved her to Tokyo. Since then it has gone to a second place but it is still a point of the country very attractive at a tourist level. It is located in the Honshu region.

Kyoto hosts more than 2000 temples or sanctuaries, different palaces and gardens that make it a very emblematic place. These architectural works can not be seen in another part of the earth. And we can not forget that it is the religious center of Japan.

It is the second most populated city in Japan, exceeding 3.7 million inhabitants. It is very close to Tokyo, specifically in the bay of Tokyo about 20 minutes from the capital.

The busiest in this city is its commercial area located in the Yokohama Chukagai neighborhood. It concentrates more than 500 establishments in less than 2500 square meters.

The third largest city in the country and the first capital of it. Osaka is the home of the largest seaport in Japan, it is a gastronomic paradise and is a booming economic center.

Osaka is famous for its Okonomiyaki. Also known as “Japanese pizza” although the reality is that this dish is more like an omelette with different ingredients.

Located in the Chugoku region, it is known for being the city where the atomic bomb fell during the Second World War, in 1945. Related to this, the Peace Park is the most emblematic point of the city.

Many tourists use Hiroshima as a bridge to get to Miyajima. An island 50 km from the city declared a World Heritage Site by UNESCO that stands out for its landscape environment.

One of the main tourist spots in southern Japan. The largest city in Kyushu. And one of the ten most populated in Japan. It stands out for its: traditional parks, shopping centers, modern urban landscapes and temples. It has excellent places to see cherry blossoms and in the Kushida Shire temple the summer festival is celebrated during the first half of July.