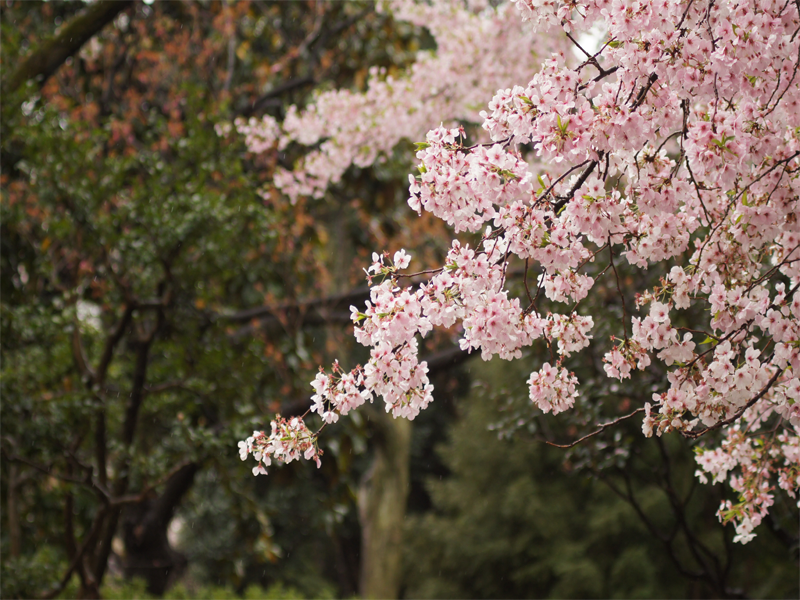 Hanami (花見), literally meaning ‘flower watching’, is a traditional practise in Japanese culture which occurs annually. It takes place when the many blossom trees of Japan bloom, generally during March, April or May. This ceremony is revered and special to the Japanese people and has been practised for over a millenium.

Simply put, Hanami involves sitting under the sakura trees as they are blossoming and having a picnic or drinks. Day and night, parks will be filled with hundreds or thousands of people enjoying Hanami with their families, friends or coworkers. It is so important to the Japanese that in early spring weather reports forecast and follow when the flowers will bloom so that people can prepare, as once they appear they only last a couple of weeks. During the short amount of time that the sakura trees bloom, people all over Japan celebrate and enjoy Hanami together.

And whether you spend 7, 14 or 21 days in Japan chasing cherry blossoms, you’ll need your Japan Rail Pass to travel comfortably and uncomplicated throughout the country.

While Hanami is mainly associated with afternoon picnics, many people also take part in Hanami at night. Known as Yozakura (night sakura), some parks will hang lanterns during Hanami season to accommodate for the many night time visitors. This is especially popular in the cities, such as Tokyo, as many people will be at work or school during the daytime. Yozakura can carry on well into the night; make sure to check when the last train or bus departs should you participate in it to avoid being stranded.

To fully enjoy the Hanami experience, be sure to consult the cherry blossom forecast for each region and plan a trip to the best cherry blossom observation points in different parts of the country. You can use your Japan Rail Pass to travel to many of the following places: between the first cherry blossoms, which appear on the Okinawan islands, and the last ones, which usually appear in Hokkaido, there can be weeks of difference. The Meteorological Institutes are your best ally to get the dates of your trip right.

Hanami has existed for centuries, most likely originating during the Nara period (7th century AD). Originally the focus of the ceremony was plum blossoms, however soon sakura took over and became symbolic of Hanami. One reason for this was that the blooming of sakura coincided with the perfect time to plant crops such as rice, making it a significant time of the year for farmers and communities.

Poetry throughout Japanese history places special significance on the blossoms of the sakura tree, symbolising love and the fleeting nature of life amongst other things. Over time however, the focus has shifted somewhat from the flowers to the food and drink consumed, leading to the popular phrase hana yori dango (dango before flowers) which can be used to describe anything which favours function over form.

Food and drink at Hanami

The focal point of Hanami is the blossoms, however the picnic also plays an integral role in this ceremony. Hanami bento are usually filled with sushi, onigiri (rice balls), tamagoyaki (a bitesize omelette), takoyaki (fried octopus dumplings), breaded shrimps, tsukemono (pickled vegetables) and fried chicken. Food at Hanami is usually bitesize and easy to eat with hands or chopsticks, typical of any picnic.

After the main meal, attention turns to the many sweet treats on offer during Hanami. Dango, a type of sweet rice dumpling eaten on a skewer, have a special place for those attending Hanami. Hanami dango have three dumplings on each skewer: one pink, one white, one green. Another special hanami treat is sakuramochi. Mochi are squishy dumpling-like sweets similar to dango, except they aren’t skewered. Sakuramochi is flavoured with cherry blossom and usually served wrapped in a pickled cherry tree leaf.

As a traditional and important ceremony in Japanese culture, Hanami has some rules which observers must follow. Most important of all is to ensure the safety of the trees you are sitting under. Picnics must not be on top of or too close to exposed roots or the base of the tree to prevent damage to these vital parts of the tree. Branches must not be taken from the tree either, as this is considered selfish and can also damage the tree. Littering is also extremely unacceptable; dispose of all trash in the provided bins or take it home with you if you can’t find any. As an appreciation of nature’s beauty, it is essential to preserve it by being considerate of your actions.

Politeness and consideration for others is a key part of Japanese society. Those enjoying picnics at Hanami should take care to take up a reasonably spacious but concise space, rather than sprawling across a large area and wasting space which could be used by another group. Using obstructive measures such as spray painting or using objects such as cones to reserve your space is also seen as rude and obnoxious, although it may be acceptable to lay out a blanket and sit on it while you wait for others in your group to arrive or arrange the picnic spread. Furthermore, not all public spaces allow Hanami picnics so make sure that you know the rules of the space you wish to use before you plan anything else. It is best to visit a park for Hanami, as they will have the space to accommodate those wishing to partake.

Hanami is a symbol of Japanese culture and an opportunity to spend time having fun with friends and family. While food and socialising are a major part of this celebration, the beauty and importance of nature must not be ignored. Although cherry blossoms fall from the trees within days of blooming, their impact on people across Japan has lasted for millennia and continues to draw people to watch them every spring. If you find yourself in Japan during the Hanami season, make sure to join in on the celebration and have fun appreciating the wonders that nature can bring upon us all.

Travel guide: What to visit and do in Kyoto?